Faster Than a Speeding Chicken

Sadly I did not get to witness the video masterpiece below in person, but learning about this test was certainly fun. As part of an article in this month's Popular Science, I researched some of the leading destructive-testing labs in the country. The engineers at these places basically devise really wild ways to break stuff in order to test the limits of materials, structures, vehicles, etc.

Element Inc., the guys who put together the video below, was easily one of my favorites, and their bird strike cannon is the work of true mad geniuses. They stuff frozen chickens into a massive air cannon and then fire them at windshields at several hundred miles an hour. Seriously. More details here.

Robotic Ping Pong, a Kid Genius, and a Flying Dragon 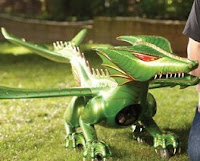 A few of my recent articles in Popular Science:

1. Designers out in California build a robotic ping pong table...

2. A teen genius designs and constructs his own portable X-ray machine. This kid isn't just a brilliant geek. He's a great writer. We started communicating via email, and after a few exchanges I wondered if the notes were coming from an adult masquerading as a high school kid. Here's a snippet from his take-down of the education system:


"I was always told that colleges look for people who think outside of the box rather than the ones whose main accomplishment is solely ‘getting good grades’. To me this has always made logical sense; high scores on tests never seemed to be good measure of true smarts, but only the ability to remember certain facts for a short quantity of time. Some of my friends would always get straight As, but the minute you asked them how electricity or combustion engines worked they were dumbfounded.

"Rather than studying I focused my efforts on learning things that I could actually use, or things that I found interesting. Instead of  writing that English paper I researched gravitational time dilation and a black hole’s Schwarzschild radius, then cranked out a rather poor paper at 12 am. Over the following weeks I spent time learning all I could about string theory and quantum mechanics while others played video games. This continued throughout most of middle school."


Eventually we connected a few times on the phone, and I spoke with one of his teachers as well, to verify it all. He's really an incredible story. My little piece hardly does him justice. But check it out anyway...

3. An RC enthusiast crafts his own flying, fire-breathing dragon after watching How to Train Your Dragon with his grandkids.

There are more stories out there somewhere in print and Web land - alien life forms and laser guns and data centers - but that's it for now.
Posted by Unknown at 5:59 PM No comments:

The Limits of Green Living 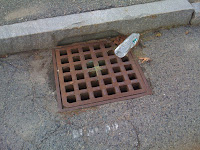 Now that I am working on this bottle book, and have learned so much about what happens to plastic when we don't dispose of it properly, I'm incapable of walking past a discarded bottle without picking it up. Normally this activity has a neutral outcome. The satisfaction of doing a little bit of good for the planet cancels out the inherently nasty action of collecting someone else's refuse.

Last week, however, I was forced to take a brief break from my green duties. We were enjoying a slow family walk after dinner. As often happens, I spotted a crushed bottle atop a sewer grate. If left untouched, that little bottle could have easily been swept down into the sewer, out to the local Neponset River, into Massachusetts Bay, and onward to the middle of the great Atlantic. This might sound like an improbable journey - if it were children's fiction I imagine a sensitive, intelligent mouse would be involved - but it happens all the time. That's why we have collections of plastic trash as broad as states floating out in the middle of our oceans.

So, anyway, I stopped and picked up the bottle. It felt strangely top-heavy. Something brown and solid was attached to the neck. I broke it off, took a step, and noted with great displeasure that olfactory alarms began ringing inside my head. Too shattered to inspect the item myself, I quickly dropped the bottle. My eldest daughter came over to ask what had happened. I relayed my suspicions about the mystery item attached to the neck. "I think it was poop."

My daughter's highly attuned sense of smell meant she did not have to lean in for a closer look. "Yes, Dad," she said, "Yes, it is."

I left the bottle, walked home, and washed my hands. Now, after a two-week hiatus, I'm back to collecting again, but only after a quick inspection of each discarded item. The one pictured here was perfectly clean, and probably too large to sneak down the storm drain, but I grabbed it anyway. My two-year-old promptly declared himself thirsty and asked for a drink. When I poured out the contents he was quite displeased.
Posted by Unknown at 5:47 PM No comments:

Last week, while getting ready to teach a class, I was trying to think of a way to explore that elusive quality of voice in great writing. Not voice as in Cee Lo, but as in Louis Menand's notes on the topic in this review. A powerful narrative voice should be recognizable regardless of who is reading the text aloud. Right? My eldest, a first grader, has been improving as a reader, so I asked her to recite a passage from one of my current favorites. Then I played it in class. One of the participants guessed it immediately. Anyone else?

Posted by Unknown at 3:15 PM No comments: